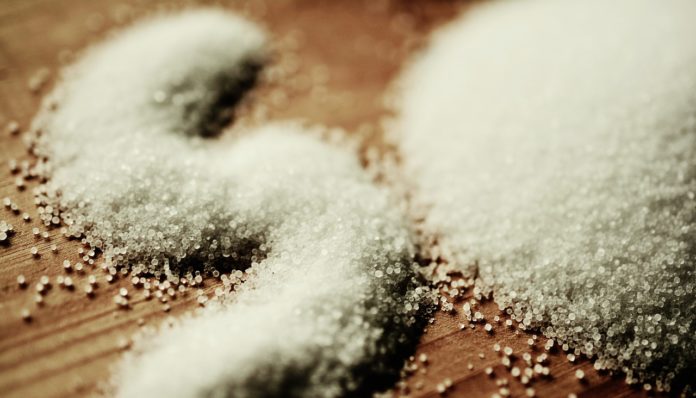 How to Benefit from a Low Sodium Diet?

When you are given a low salt (low sodium) diet it means you should reduce your salt intake to less than 5 grams per day (equivalent to less than 2 grams of sodium).

The amount of salt or sodium in the food is usually included in the packaging. In general, the low sodium diet includes fresh foods that are naturally low in salt and include fresh fruits and vegetables, meat, poultry, and fresh fish, potatoes, rice, and pasta. Be careful not to add salt when cooking, or use salt at the table.

Salt Familiarity Magazine and its Risks

People who should be more careful about their salt intake include people with hypertension, people over 25, especially people over 65, pregnant and lactating mothers.

How do I consume less salt?

The most important reason for high salt intake is the habit of the salty taste. So be sure to reduce your salt intake you also get used to the low salt taste over time.

What are the alternatives to salty foods?

Sodium is an important mineral that performs many essential functions in your body. It is naturally found in substances such as eggs and vegetables and is also one of the main constituents (sodium chloride) found in salt. Although sodium is vital for health, it is sometimes necessary to limit its use under certain conditions. For example, a low sodium diet is usually prescribed for people with certain conditions, including heart failure, hypertension, and kidney disease.

What is a low sodium diet?

Sodium is an essential mineral that is involved in many important functions of the body including cellular function, fluid regulation, electrolyte balance, and blood pressure maintenance. Since it is a vital mineral for the body, the kidneys adjust it according to the concentration (osmolality) of the fluids in the body.

Sodium is found in most foods you eat. However, foods such as vegetables, fruits, and poultry contain very little sodium. In general, plant foods such as fresh produce have less sodium than animal products such as meat and dairy products.

Sodium is more concentrated in processed and packaged foods such as chips, semi-prepared foods, and fast foods that add salt during cooking. Another important factor in sodium intake is to add salt to the food when cooking and sprinkle it on the food as a seasoning.

In a low-sodium diet, foods and drinks full of sodium are limited. Doctors usually recommend this diet for the treatment of diseases such as hypertension or heart disease. In this diet program, sodium intake generally falls to less than 1 to 2 grams (1 to 4 mg) per day. For the right reference, it is best to know that a teaspoon of salt contains about 2 mg of sodium.

Why some people have prescribed a low sodium diet?

A low sodium diet is one of the highly recommended diets to control some diseases. This is also because studies have shown that limiting sodium intake may help control or improve some diseases.

Kidney diseases such as chronic kidney disease (CKD) or kidney failure can negatively affect kidney function. When kidney health is compromised, they cannot effectively remove sodium or excess fluid from the body.

If the levels of sodium and fluids in the body are too high, the blood pressure rises, causing further damage to the kidneys. For this reason, National Kidney Foundation experts in the United States recommend that all people with CKD limit their sodium intake to less than 2 g (1 mg) per day.

A review of four studies of people with CKD found that significantly lowering the average intake of sodium, blood pressure, and protein in the urine (are symptoms of kidney damage) significantly.

Hypertension is one of the risk factors for various diseases, including heart disease and stroke. Sodium-rich diet is linked to increased blood pressure. For example, a recent study of nine people showed that people with the highest sodium excretion in the urine had high blood pressure.

People with hypertension and certain groups, such as the American breed, react differently to salt, and the low sodium diet has different effects on them. However, a low sodium diet is a natural and effective treatment for people with high blood pressure.

A low-sodium diet is usually recommended for those with diseases such as heart failure. When the heart is in trouble, the kidney function is reduced and this results in the retention of sodium and water in the body. Excessive salt intake can cause fluid in the body of people with heart failure and can have serious side effects, such as shortness of breath.

While many studies have shown that a low sodium diet is beneficial for those with heart failure, some studies have suggested that unrestricted diets lead to better results.

For example, a study of 3 people with heart failure found that a diet with a sodium intake of less than 0.5 mg daily compared to a non-restrictive diet with 2.5% sodium intake. Mg or more; they do not reduce the risk of death or hospitalization.

The Benefits of a Low Sodium Diet

Following a low sodium diet can have many benefits for the body.

A review of the study found that reducing salt intake for four weeks or more resulted in a significant decrease in blood pressure. In participants with hypertension, mean systolic and diastolic blood pressure declines were 4.3 mmHg and 0.5 mmHg, respectively.

It may help reduce the risk of cancer

Salt-rich diets are linked to certain types of cancers, including gastric cancer. A study of 2 studies involving more than 3.3 people found that for every five grams of salt intake per day, the risk of stomach cancer increased by 5%.

May improve the quality of the diet

Many unhealthy foods contain a lot of sodium. Fast food, packaged foods, and frozen foods are not only full of salt but also high in fat and calories. Repeated consumption of these foods is associated with diseases such as obesity, diabetes and heart disease.

In a low-sodium diet, these salt-filled foods are restricted and this may improve the quality of the diet. 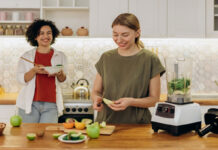 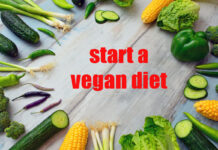 The Tremendous Health Benefits of a Vegan Diet